The average person on the street calls the document a “Pilot’s License”, but the word “License” doesn’t appear anywhere on it. 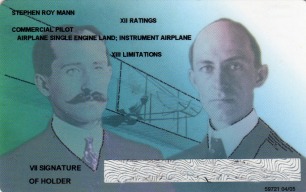 It’s a certificate.  Everything the FAA does is through certification. Pilots are certified. Instructors, flight attendants, mechanics, tower operators and dozens more are certificated.  Anyone who has anything to do with aviation safety is certified.  The FAA does not issue pilot licenses.

They would be wrong.

How did the FAA get into this mess?

What mess? The exemption and COA process has been in use by the FAA for decades.  This is the framework that the FAA works within. If a pilot needs permission to violate a rule temporarily, he files for an exemption. After receiving the exemption, a COA must be obtained.  One of the most often issued exemptions is for a service flight to move an aircraft that is technically unairworthy to a location where maintenance can be performed.  When the pilot is ready to make the flight, he obtains a COA for the flight.  Another is an exemption letter allowing auxiliary fuel tanks and pumps to deliver an aircraft beyond it’s normal range.  How do you think they get Cessnas into Hawaii?

The process works and it usually only takes a few days. It’s a framework they understand.

Commercial drone flights have surprised and overwhelmed the FAA. The FAA originally estimated there would only be 7,000 commercial UAS operators in the US.

Section 333 of the FMRA (FAA Modernization and Reform Act of 2012) specifically gives the FAA authority to exempt certificated pilots from a specific list of FAA rules so that they may fly a drone commercially.    The Section 333 letter in addition requires a COA (Certificate of Authorization) for every flight.  Don’t shoot the messenger.  The exemption and COA process has worked pretty well until drones came online. This is the only framework the FAA can work within, but drone flights have overwhelmed the FAA. The “Blanket COA” was published by the FAA to allow the majority of commercial flights below 200 (now 400 ft) and more than 5-miles from an airport without the filing thousands of individual COA’s.

So, yes, an Airman’s Certificate is required. And will be as well under Part 107 rules. See  my post describing Part 107 for more details.